My first ever Kit was a White Olympic Kit made by Premier Drums. As I got to know more about drums I moved on to a Silver Glitter Ludwig Kit which I used in the early days of the Small Faces. It was actually the kit I used for our first TV appearance on Thank Your Lucky Stars.

After this kit I then had a black Ludwig Vintage Kit as well as an 18 inch bass drum Blonde Ludwig which is basically a small Jazz kit.

The black Ludwig was a very special kit as it was owned by Brian Bennett, drummer with the Shadows. He recorded most of his early hits on that drum kit.

My set-up during the Small Faces and the early days of the Faces was: 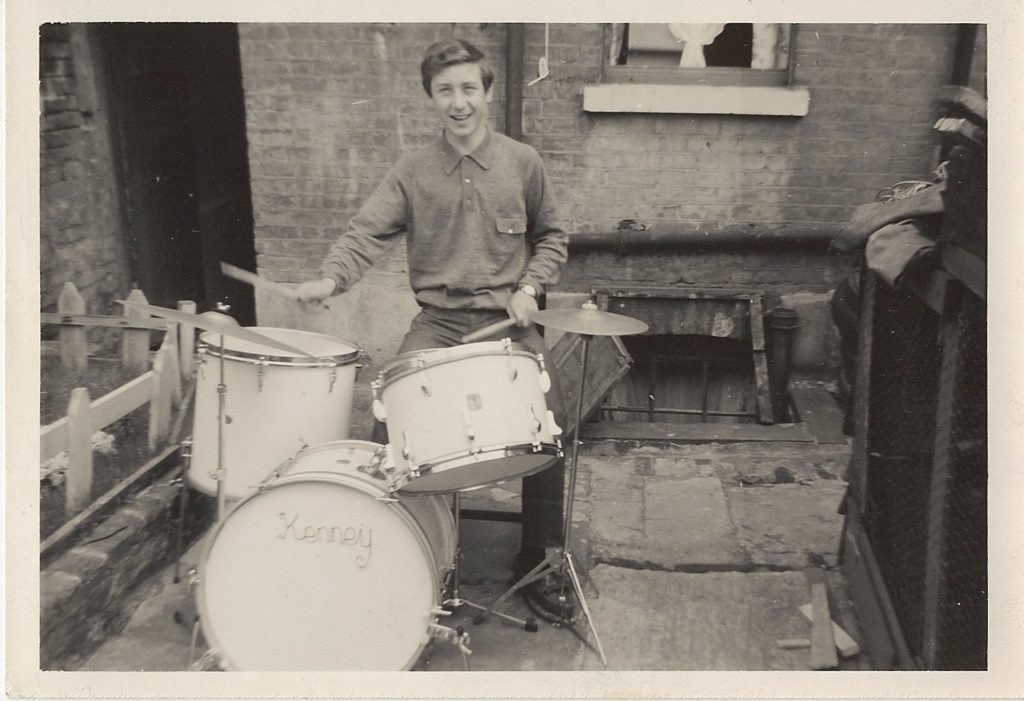 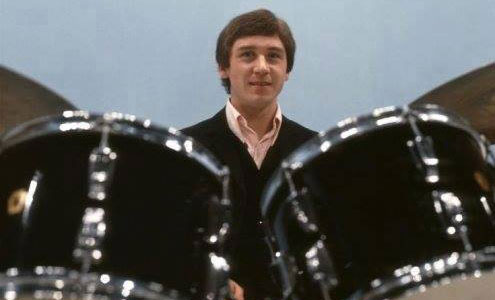 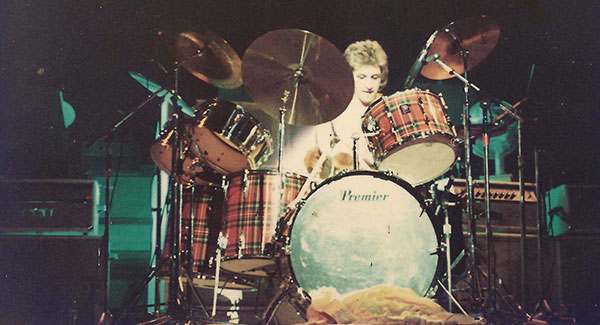 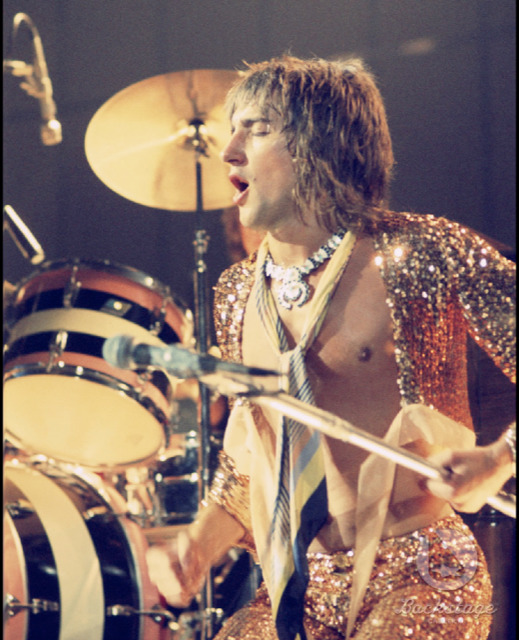 When the Faces started up I was still using the black Ludwig for a short while before alternating between a number of different kits including Ludwig, Premier and Yamaha.

Some of my most famous kits in those days were my liquorice allsorts kit, tartan kit, white yamaha and premier kits and 3 different variations of the Blonde Ludwigs. I had a combination of kits as it was nice to have a change and they were all good for different things.

In 1973 when the Faces went to Japan, Yamaha gifted me with a load of drums meaning I’ve been endorsed by them since that day. The longest I’ve ever been endorsed for!

I also did a lot of session work and for this I would use the kit I was playing at that time but mostly in the early days this would have been my black Ludwig. This was the kit I used when playing on sessions for Jerry Lee Lewis and Chuck Berry.

The Who, The Law & The Jones Gang

I continued to use my black Yamaha kit during my time in The Law as well as in the early days of The Jones Gang. As well as using a few parts from my other kits. I’m currently using a Yamaha PHX Series Hybrid Shell Construction but I’m sure they’ll be plenty more to come.

It’s important to note that the drum stool is equally important as the drums. For instance, now I use a BC2 by Porter and Davies. This is connected to the mic inside my bass drum which send a pulse to the stool which actually goes right through your body and it’s instant. There’s no delay whatsoever with it.

I also have a KELLY SHU in my bass drum to hold my mic which gives absolutely no vibration. This is a piece of equipment I highly recommend. 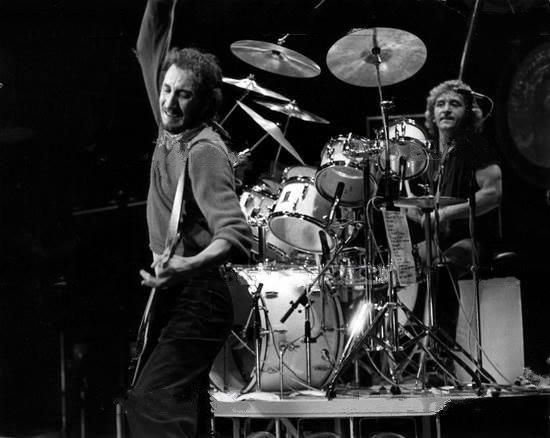 1Your curved overhead cymbal stand was a unique fixture, was that your own design?
Yes. I also had my gong holder anchored into the drum riser at the back and the cymbal stand came off the top of that. I also had lights in the front of the riser and lights above that turned in a circle when I did a song called ‘Sister Disco’ which was also all my design.
2What song do you feel you played your best on when it comes to serving the song (The Who)?
That’s a tough one but You Better You Better You Bet and Won’t Get Fooled Again is one I absolutely loved to play, in fact I love to play on them all.
3What are your impressions of the Premier 252 Pedal? Have you used them in the past on tours when you were still using Premier?
I haven’t used one. I used my Rogers in the Small Faces and then my Ludwig. I’ve used too many to list them all.
4I remember reading that you taught yourself to play drums. Your drumming still stands out as some of the most distinctive and best around. Did you purposely work on a specific sound in the 60’s?
No, whatever I do comes naturally. My style is what I like to call very ‘martial art like’. In other words, it’s the way I play that most comes natural to me.
5I understand that for drummers from your generation, you certainly appreciate the build quality and ruggedness of today's drums and drum hardware. But, in your opinion, is there any particular Drumkit and hardware that you have used in the past that beat anything new out on the drum equipment market today?
My early Ludwig Kit has always been a great kit. I don’t think Premier came as close but it was very good. Nothing can match the kits and hardware today though. It’s obvious that drums would naturally improve over the years.
6Was your first white Premier kit (that you used with the Who in 1979) new for you, or assembled from one of Keith's old kits stored at Shepperton?
It was mine. I had used some of it during the Faces.
7 You were one of the first big-name drummers to move to Sabian - how and when did that take place?
Sabian approached me. They were made by the son of Zildjian and I said I’d only use them if they were as good and I liked the sound, which I did. Both give fantastic sound but I think Sabian have a fuller and brighter sound.
8Many years ago, I read a quote from you (paraphrased) that "anything other drummers can do with double bass drum, I can do with a single bass drum". (Or something to that effect). Yet, in September, 1982, you switched from single BD Premier to double BD Yamaha. Simple question: why?
Simply it was just to hold one of my tom toms. In fact I never had a left pedal. I like to think I have a very fast foot. I use a single bass drum nowadays too. 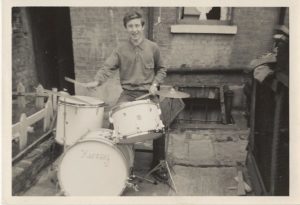 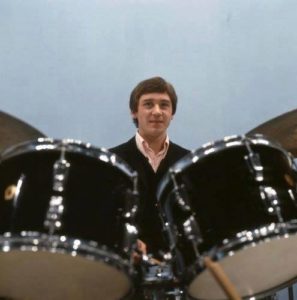 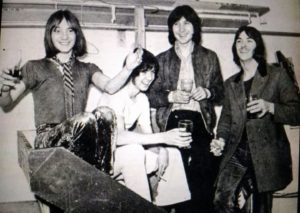 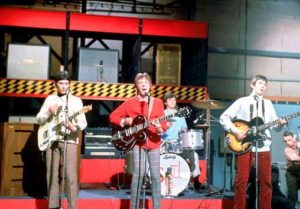 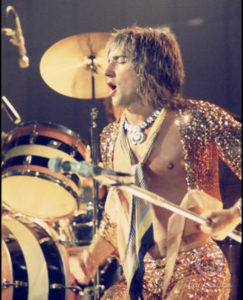 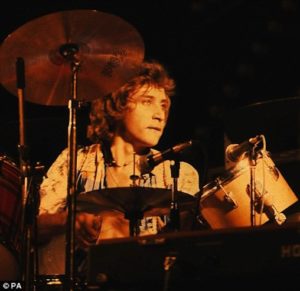 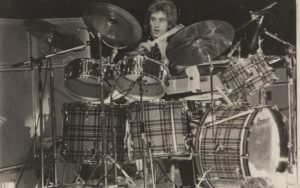 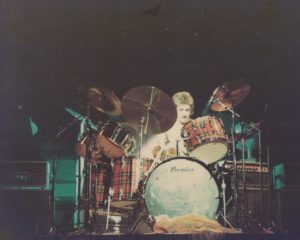 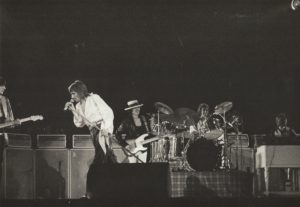 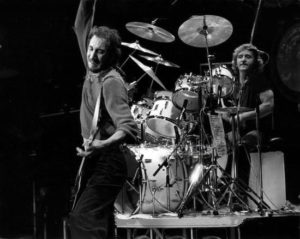 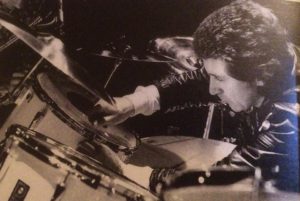 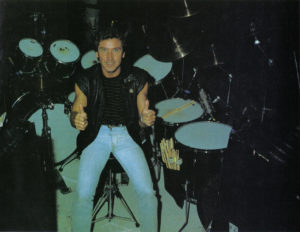 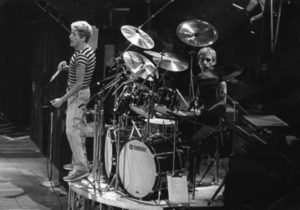 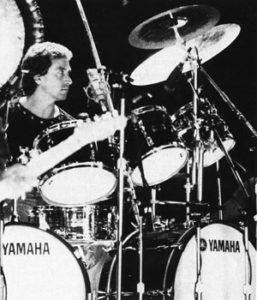 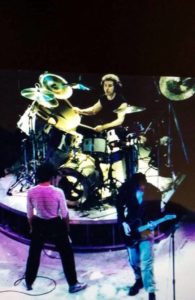 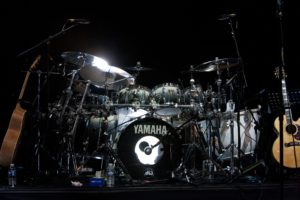 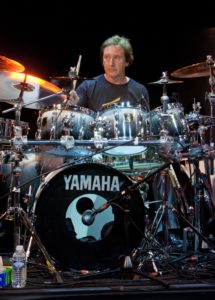 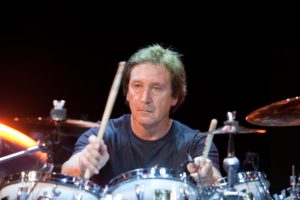 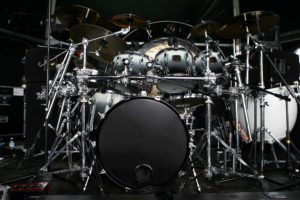