For the love of horses...

Although hailing from Stepney, Kenney believes that his love of the country was formed way back when as a boy, his parents not able to afford holidays would take him hop picking for three months of the year at a village called Tudeley, a wonderful little community in Kent. Here he lived in the stables with his mum, Nan and grandfather, using a sheet stuffed with straw for a mattress. They cooked the best tasting food ever in tin and clay ovens and went out scrumping for apples. A man called ‘Smiler’ would pick up hop sacks in a horse and cart, later replaced with a grey tractor that frightened the life out of Kenney.

“I’d been riding since I was about 14 – before The Small Faces when I remember being stuck in an airless room trying to put together some songs and being distracted by Steve organizing riding on other friends’ horses in North London. The afternoon was sweltering, but great fun – I think I was the only one to stay on and even want to go back for more! Then within a few months we had our hit record and a little while after that I bought my first horse. A welsh dun, it was scared of everything: cars, traffic, especially lorries – it would turnaround and run the other way! I spent ages trying to tame that one.” 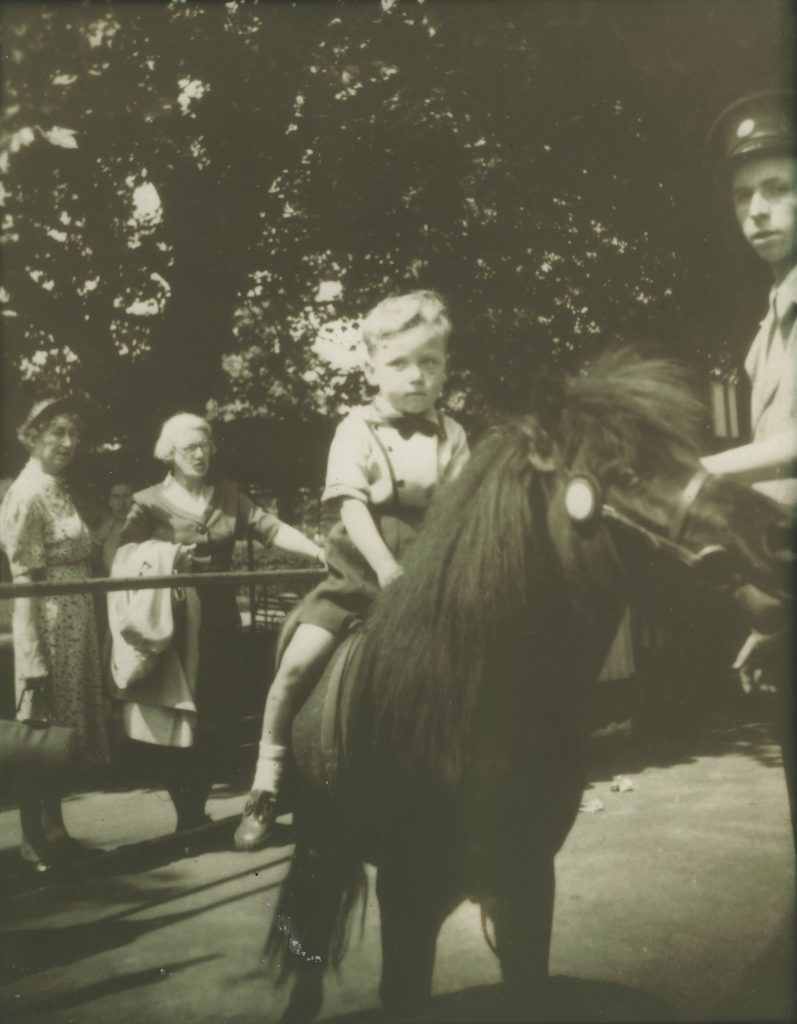 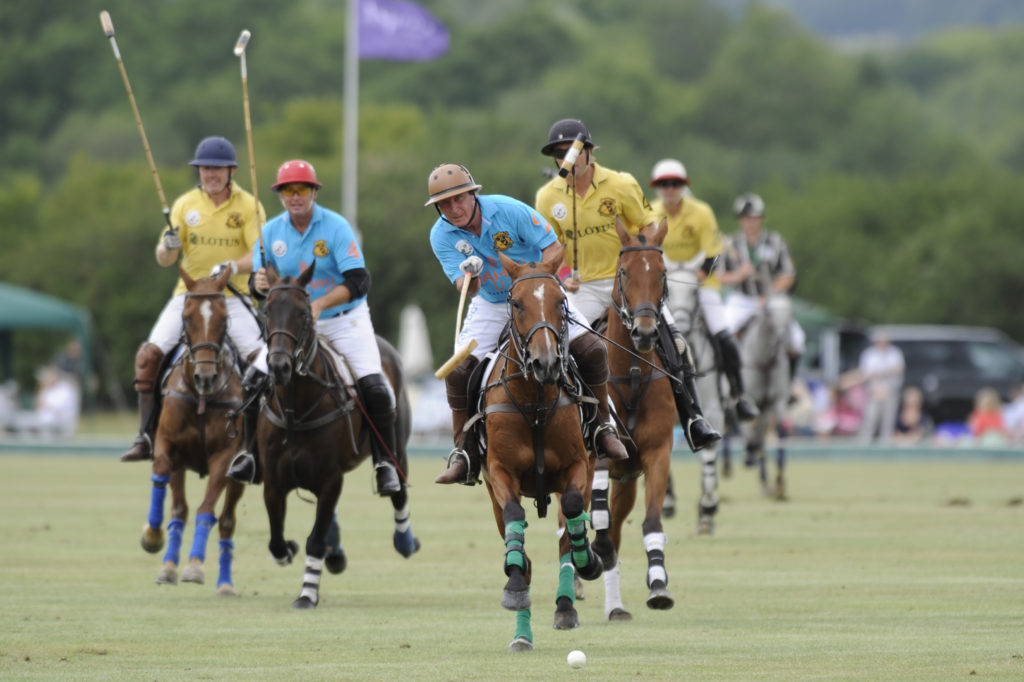 “Since then, touring dependent, I have always loved riding in whatever form – from hunting down in Essex with the lady who taught me to ride, to show jumping at Olympia. I have loved it but always thrown myself into it – I’m not into doing things by halves. The polo really came about through Bryan Morrison. A group of us, including Robert Peck and Rodney Kinsman [a partner of Bryan’s)would go hunting together with the Old Berks – I think it was more about our hipflasks than our mounts, but it was always a great day out. We’d wear top hats and everything and I used to wear mine like a suction pad so it wouldn’t come off! We’d rock up at the meet totally paralytic and I remember having quite a few flasks as I wasn’t content with just the one stirrup cup – I think I had almost an entire stocked bar under my tweed or on my saddle and we resembled tin men.”

“I think us guys also did an away fixture with a different hunt one Saturday. I was used to having to form a queue to jump anything and I couldn’t understand why this particular pack were fanning out – until I saw that they were picking the lowest part of the hedge and that I was committing myself to the highest point. I just kicked on and closed my eyes – I think I deserved some of my hip flasked whiskey that day! ”

“Another occasion Robert Peck said he knew a short cut and we thought, as he knew the country we’d do best to follow him. We reached a river that was flowing pretty fast and I said to Robert, ‘You can’t be f**king serious about crossing that?’ ‘I’ve been over it before,’ he said.”

“So we told him to go on first – and all you could see was his horse’s head and his top hat! He nearly made the other side and we begin to think, ‘f**k it, if he makes it then we have to go in too!’ He just got to the bank when he bottled out and it took us an hour to get him and the horse back on terra firma – we had to practically turn him upside down to get the water out of his boots! Suffice to say, we ended the day there and went to the pub. There are lots of stories like that – in the evenings we’d go back, covered in mud and not bother to wash and have great pies, stews and port – like something out of the 17th century – it was great.” 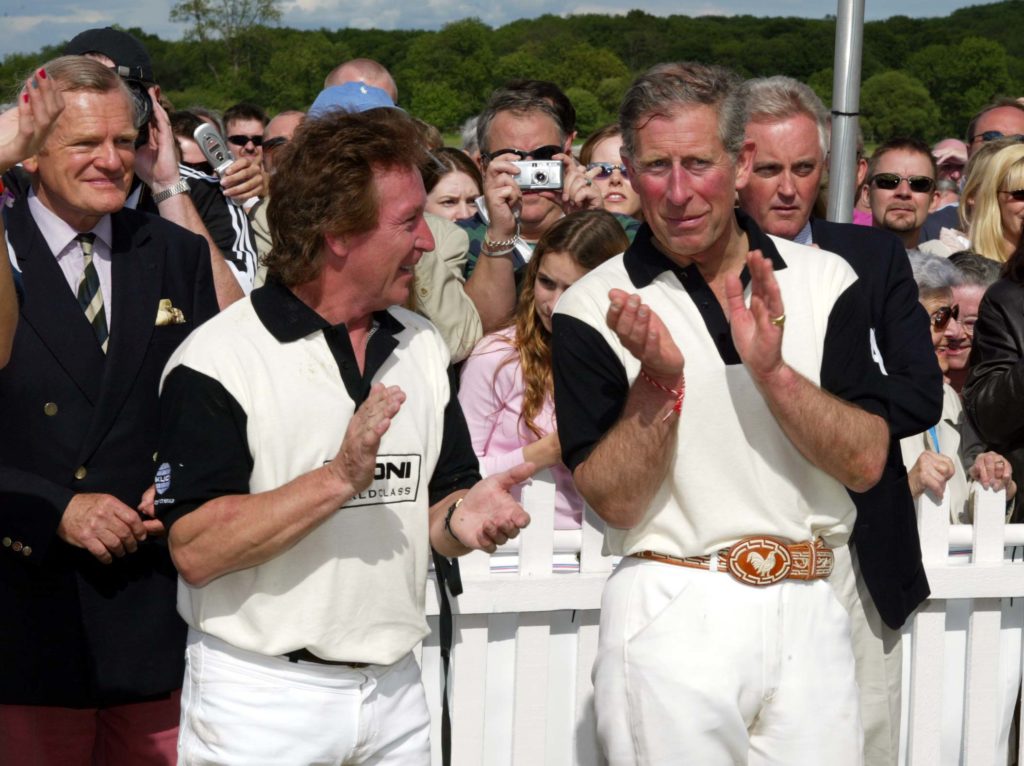 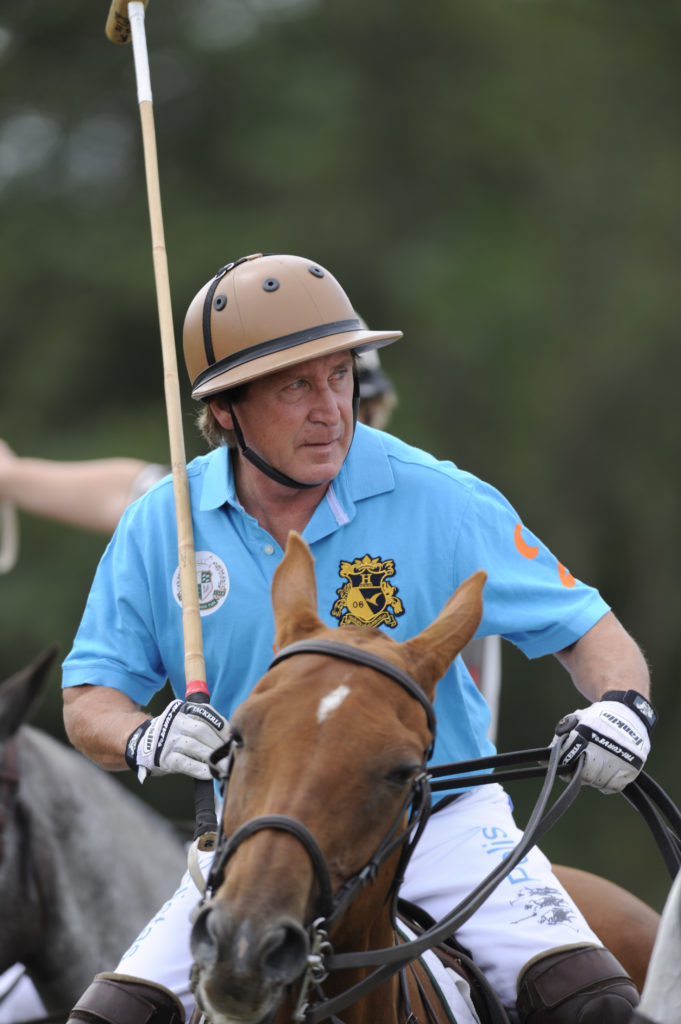 “But it was through those days out that many of us musicians – plus Bryan, who we classed as an honorary musician as he was in the business – got into polo. Bryan had started playing at Ham with Billy Walsh and as I had just moved round the corner to Kingston, I thought I’d go along. The things that went on over there were unbelievable! Also Ginger Baker had just joined and was learning to ride at the same time – every time we saw him he was either falling off or chasing after his horse with his ‘Wild Bill  Hickok’ jacket on! I hit the ball 17 times in a row and was totally hooked – I went the day after and the day after that, solidly for three weeks. I couldn’t keep the lessons up as I was touring in America with The Faces, but in between times I would always try to get back in the saddle and have a knock about.

“Then, I think after the tour had finished I bumped into Bryan in Tramps – he had just bought some land at Winkfield, Berkshire, to build a polo club and was persuading me to at least go along and watch a few games. I said I thought it was probably full of toffs and why would I want to go, but he maintained that if they allowed him into their fold then why not me too… and I couldn’t disagree with that. He told me if I didn’t start then I’d be too old and I couldn’t disagree with that either, so I went along to a couple of matches, and Bryan made me an honorary member of his Club [The Royal County of Berkshire Polo Club] and then coerced me into taking it up – I think it was ’86 and Bryan didn’t give me a choice. I loved it.”

Kenney’s love of polo is well documented; he took up the sport with gusto. With his usual enthusiasm for any project Kenney immersed himself in the sport, reaching a two goal handicap, forming Hurtwood Polo Club and becoming an HPA Steward in 2009. Bryan was a great host.. “Obviously touring got in the way of a lot of my polo playing, but   there was a group of us that were playing for Cartier and we’d be at clubs in Palm Beach and Santa Barbara – it was such a life. It was Stewart Copeland (of Police), Mike Rutherford (Genesis and the Mechanics), Bryan and myself playing in the late ’80s and ’90s – we had a great time doing everything. “We thought we needed another drummer to play in the team so we got Roger Taylor of Queen to get involved. I don’t know why really, as he’s as blind as a bat! We sort of kidnapped him one day when he was in a studio around the corner from Kirtlington. He saw the game going on and he said he’d give it a go and he was getting right fired up. Unfortunately someone fell off and broke their arm and he decided the sport was too dangerous so we lost him! We just had a laugh really.” 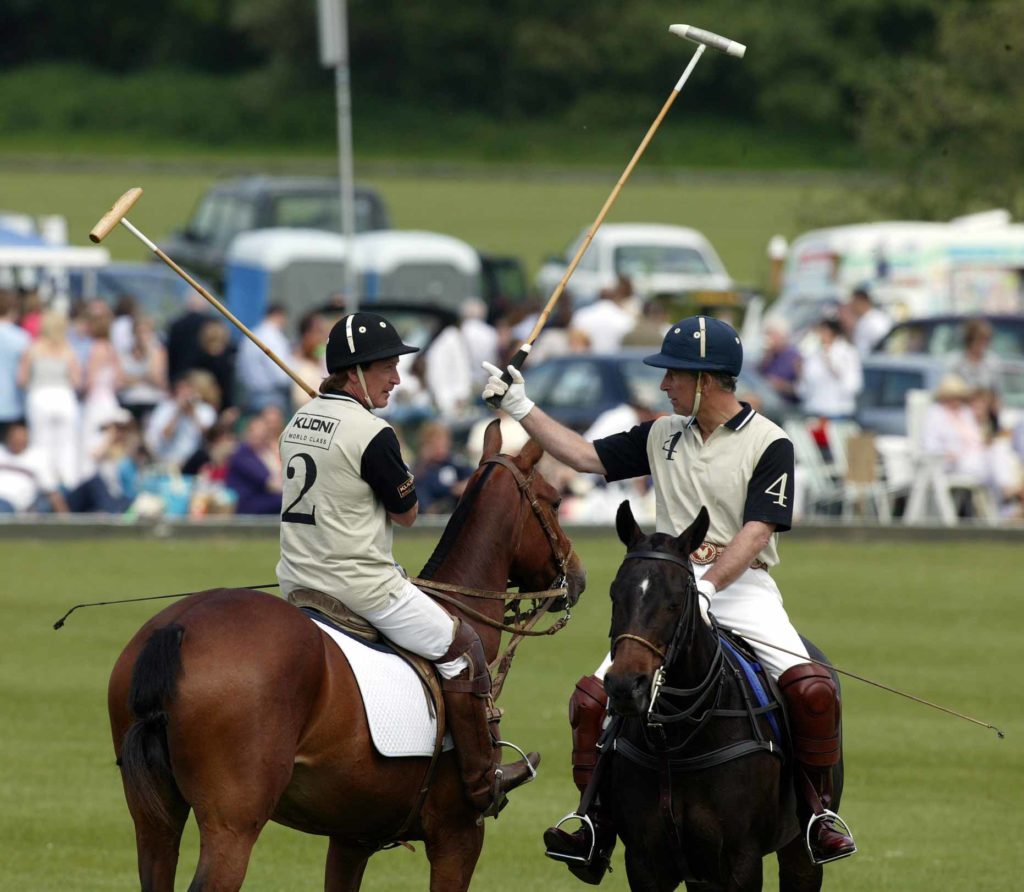 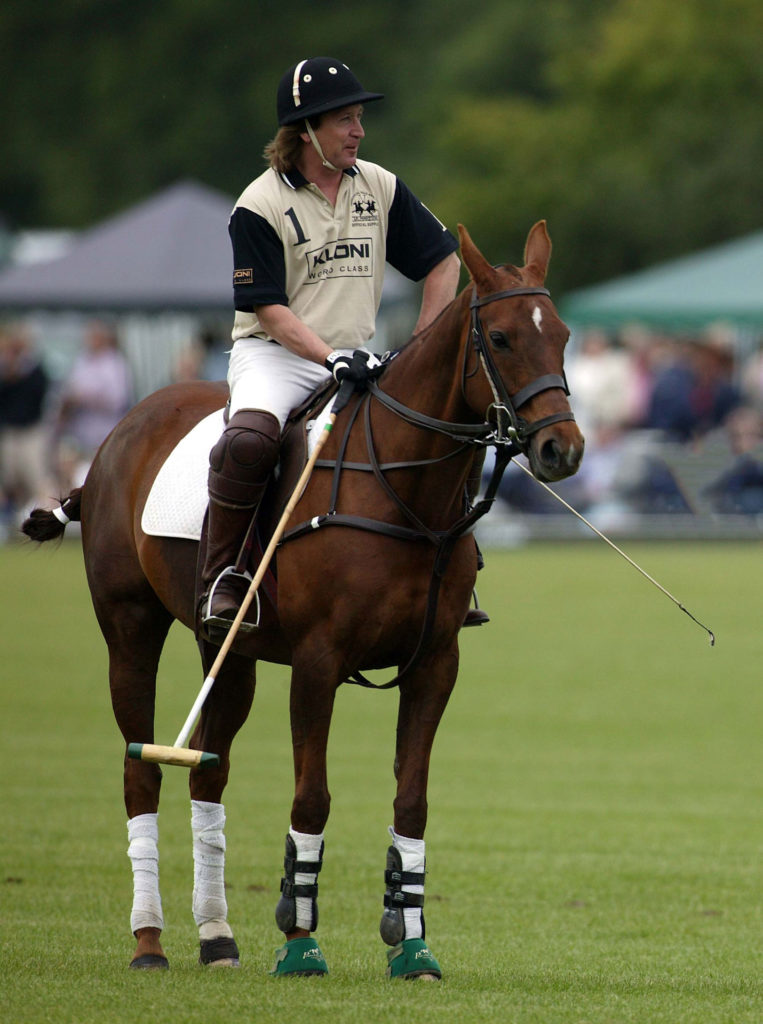 Touring always meant that combining Polo with music was difficult, but after moving to Ewhurst, the result was that Kenney hatched a plan for his land. He started by inviting friends to play in a fundraiser for a local playground, quickly followed by more fields and a clubhouse. In all there is now an amazing 180 acres of beautiful grounds rolling onto the Surrey Hills, ample space for a full and spectacular summer programme of events.

Polo is very much a family affair, with most of his children having given it a go at some point. His youngest son Cody is now pursuing a career in Polo and his other son Jay used to play professionally too.

Kenney himself crushed his bass drum foot and was in hospital for days; luckily the surgeon was a Faces fan and pulled out all the stops to fix ‘the foot’. 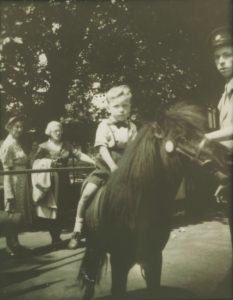 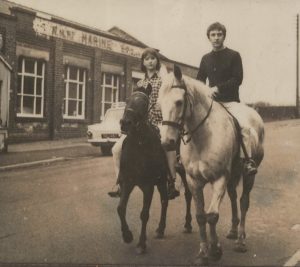 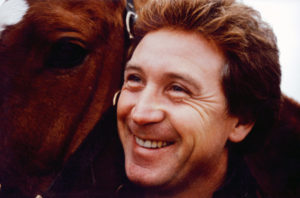 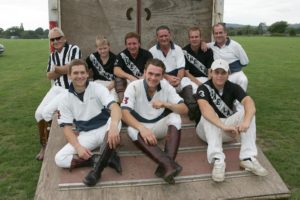 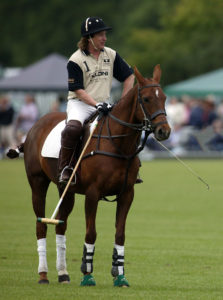 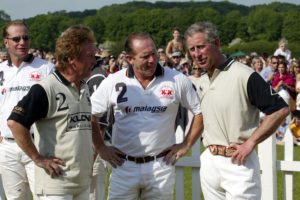 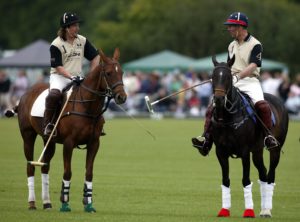 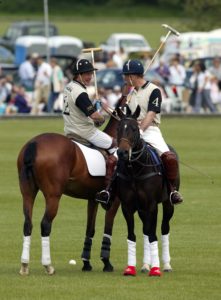 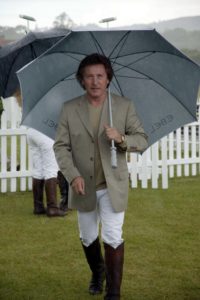 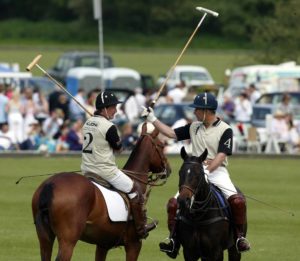 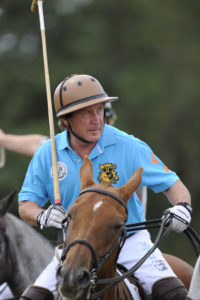 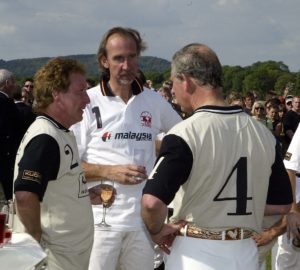 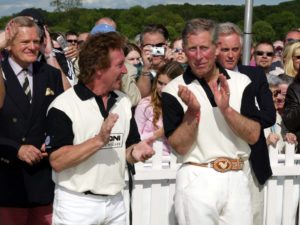