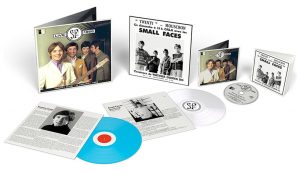 Small Faces/The Faces/The Who rock legend Kenney Jones is pleased to announce the launch of his own brand new independent record label, Nice Records, through which he plans to issue previously unreleased rare and exclusive recordings spanning his whole career in music.

The new label imprint will kick-off this autumn with the release of a very special previously unreleased Small Faces live recording taken directly from Kenney’s own archive.

Both vinyl & CD formats include previously unseen archive band images from the period by photographer Tony Gale, plus in-depth sleevenotes by Martin Payne (including a new interview with Kenney Jones).

“I am so pleased there is a record of us performing at this time,” says Kenney of ‘Small Faces – Live 1966.’ “We were a great live act then and even though we started to have hits, our live act was never the same again. This gig is really what the Small Faces were all about.”

Following recent exciting vault discoveries unearthed in various countries across the globe (as well as unreleased material found tucked away in Kenney’s attic archive), a series of further new album releases are already in the advanced planning stages and being put together right now by Kenney and his Nice Records team.  These will feature unreleased and rare Small Faces material plus much sought-after music from a variety of associated acts.

The very first in a series of archive releases heading our way via Nice Records, ‘Small Faces – Live 1966’ is taken direct from Kenney’s own archive and features the very earliest known live concert recording of this much-loved English band at the height of their powers, playing two blistering live sets at the Twenty Club in Mouscron, Belgium on 9th January 1966.  Whilst a number of these live tracks have previously circulated in lesser quality amongst collectors in recent years as an unauthorised CD recording (included with a book on the band), this is the first time that fans will be able to hear both the band’s full matinee and evening shows as recorded on the night by the Twenty Club.  As well as familiar favourites, the album also includes tracks never recorded by the band in the studio, all now fully restored by Tosh Flood and newly mastered by Nick Robbins (who have worked on all previous acclaimed Small Faces remasters projects for Immediate & Decca Records).

Following the EU’s ruling on music copyright for previously unreleased recordings (commonly referred to in the industry as the ‘use it or lose it’ rule) Kenney Jones is seizing the initiative, taking steps to release this and future Nice Records albums in order to safeguard his body of work spanning his entire career.  He is on a mission to ‘beat the bootleggers’ in one of the first examples of its kind in the modern 21st Century music industry, as well as ensuring band members and their dependents receive the royalties they are rightfully due.

Talking about this initiative, the setting up of Nice Records and its ethos, label boss Kenney Jones said today;

“Kenney has set up Nice Records to ensure the artists – and their dependents – get paid for their recordings as opposed to the many companies that have sprung up recently to exploit the ‘use it or lose it’ EU ruling for previously unreleased material over 50 years that is now deemed to be in the public domain.

“He is following Frank Zappa’s brilliant initiative, taken on by bands such as the Stones, to beat the bootleggers and give control back to the musicians. In this case, we think Kenney is the first artist to exploit the current EU ruling for the benefit of the artists.

“We want to do this properly. There is still previously unreleased material locked away in archives because record companies can’t – or won’t – release it, as well as material that labels lost or never got from the artist in the first place. In Kenney’s case, he has been diligently looking after session and live tapes he has played on from the Small Faces onwards. As some will know, as well as his work with the Small Faces, Faces and The Who, Kenney played on countless sessions by other artists (particularly during his time recording at Olympic Studios in London). Kenney usually got a copy of the tape and in many cases, he was the source for the only surviving copy of the masters, as he was when we put together the Small Faces remaster series.

“When I started breaking open his old Faces flight-cases in 2007, I found all these unbelievable treasures – a goldmine of unreleased and live material spread across dozens of sessions, multitrack and master reels by artists with whom he played – and not just confined to the Immediate Records stable.  There is a great tradition of drummers being the member of the band that just archives everything – and Kenney has done that tradition proud!

“The two concerts featured on this new ‘Small Faces – Live 1966’ album are different to the releases that exploit the so-called loophole around things like radio broadcasts of live gigs and sessions. Both shows were properly recorded by the venue, using on-stage microphones – except they never told the band or got permission. When we listened to the recording in Kenney’s archive, it was obvious there were issues with things like pitch and speed which needed correcting. So we did that and restored two 55-year-old live gigs to the best quality they could possibly be. It really is the only way you’ll hear how incredible the Small Faces were at this early stage of their career.

“All we then had to do was move quickly and release digitally across all online platforms in order to establish copyright, with physical versions following soon after.“

As documented in Simon Spence’s official Steve Marriott biography, ‘All Or Nothing’, published earlier this year by Omnibus Press, as well as Kenney Jones’ own 2018 memoir, ‘Let The Good Times Roll’ (Blink Publishing), the Small Faces’ business dealings were an extremely labyrinthine affair, which has sadly meant a distinct lack of payments for much of their work up until this point.  That will now change going forwards, as sole surviving Small Faces band member Kenney Jones states;

“It’s very important to me that the royalties received go to the right people. My bandmates are sadly no longer with us and I feel a duty to make sure the recordings are treated with the upmost respect and that their families are not forgotten.”

Small Faces formed in East London in 1965, with band members Steve Marriott (vocals/guitar), Ronnie Lane (bass), Kenney Jones (drums) and Jimmy Winston (keyboards) sharing a passion for US R&B music (Ian ‘Mac’ McLagan was to replace Winston on keyboards within the year).  The band enjoyed great chart success with eight UK Top 10 singles (including their classic 1966 No.1 hit “All Or Nothing”) as well as spending six weeks at No.1 album with their ground-breaking 1968 psychedelic rock masterpiece LP ‘Ogdens’ Nut Gone Flake.’ Uniquely influential on both mod & punk scenes alike (Paul Weller, John Lydon & David Bowie are amongst many to have pledged allegiance), Small Faces were also an important touchstone for a new generation via the advent of Britpop in the mid-Nineties.  The band were awarded the prestigious Ivor Novello Outstanding Contribution To British Music in 1996, also later inducted into the Rock And Roll Hall Of Fame (in 2012). 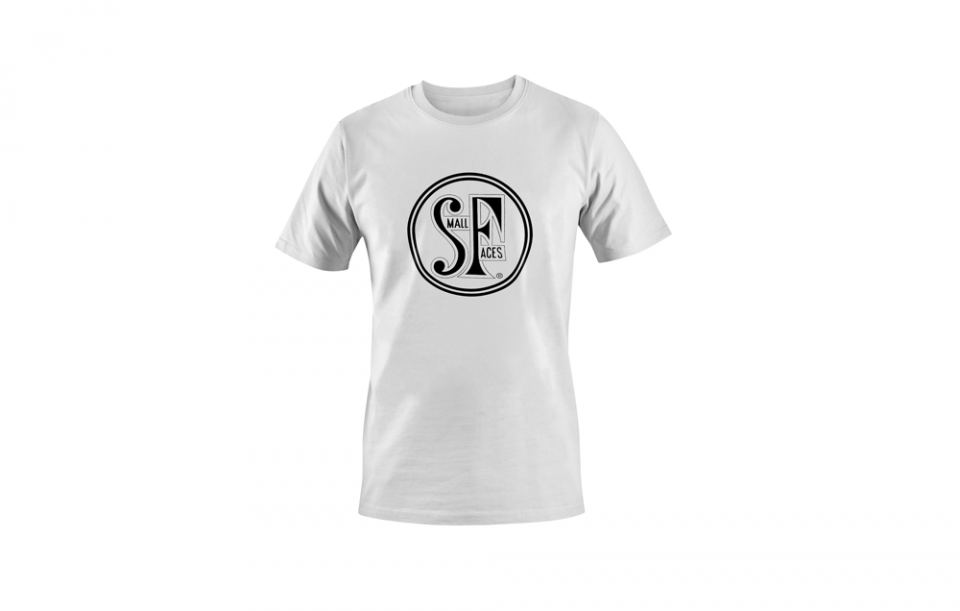 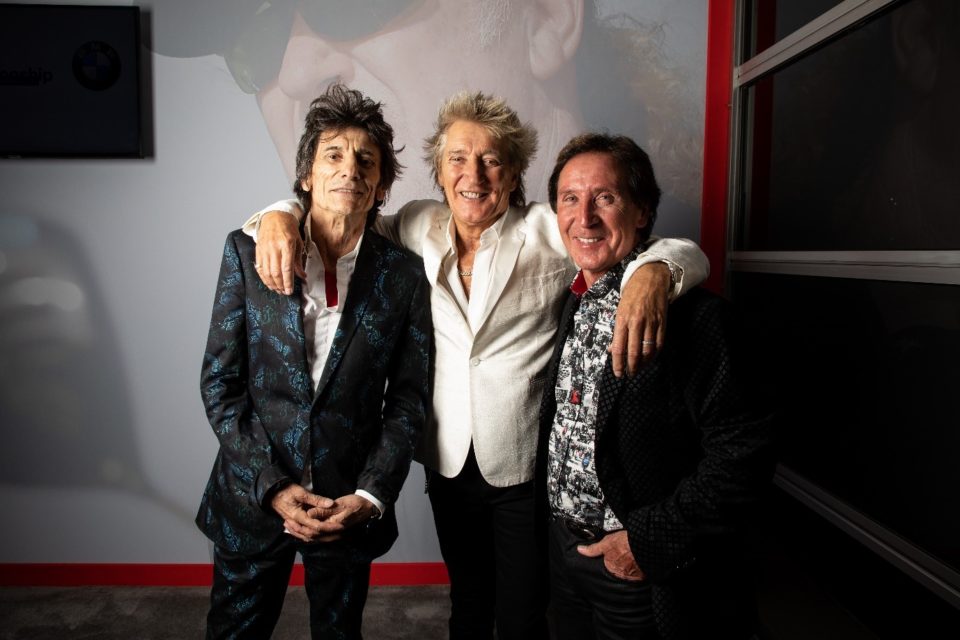 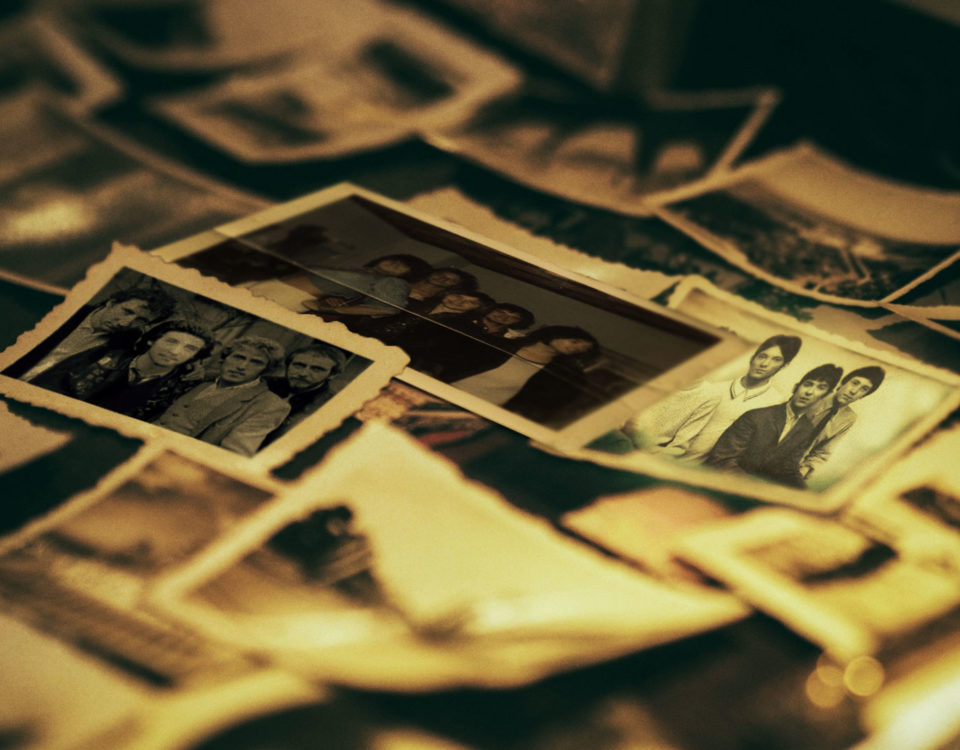